In this, the 10-year anniversary of the legalization of slot machines in Italy, the movement has so far not proved to be the jackpot many were hoping for.

Some economists predicted the liberating laws would inject the fledgling Italian economy with some much-needed growth hormones. Instead, many have noticed a trend in the opposite direction: a recession-trodden nation that has spiraled further downward as owners of the machines fatten their wallets at the desperate hands of the lower class while gambling addictions and unemployment rates spike.

The result has been a nation divided by the issue. Opponents of slot machines, which carry a presence in more than half the coffee bars throughout the country, cite some staggering statistics that include a 691% increase from 2005 to 2010 in the number of Italians who sought professional help for gambling.

Gaming officials counter the argument by stating Italy’s addiction numbers remain on par with those of the rest of the European countries.

This epidemic of gambling addiction is further hurting families already mired in the depths of the recession. People who are low on their means often seek out a quick score. A 2012 study conducted by the Catholic social service group CEIS found that 47% of the country’s poor and 66% of the unemployed were known gamblers.

A gambling problem is widely believed to stretch beyond the bank account and into broader social issues such as depression, domestic violence, drug and alcohol abuse and broken homes.

Proponents of the machines begin with the 10 billion euros in annual tax revenue for the government and extend to the owners of the coffee shops who are bathing in the additional income.

It has taken Italy just 10 years to establish its place as the largest gambling market in Europe and the fourth largest in the world, trailing only the United States, Japan and Macau. While there are legal casinos in Italy, the majority of slot machines reside in coffee and tobacco shops, bingo parlors and even pharmacies.

The prevalence of slot machines also extends to the online world. Its roots formed in 2006, when Gioco Digitale launched Italy’s first web-based poker and bingo rooms. Shortly thereafter, the company extended its reach to virtual slot machines and table games. In terms of the slots, they have embraced the cinematic approach, which brings forth vibrant animations and, more often than not, pop culture references (including Ferris Bueller’s Day Off and A Nightmare on Elm Street).

Italians pumped around 4 billion euros into gambling in 2004, a number that now hovers around 100 billion annually. Italians are also saving less, under 2,000 euros per year, or less than half what they were saving ten years ago.

Another dimension created by the legalization of the machines is the introduction of illegal slot machines—or those which do not carry a AAMS license—which are easily disguised among the estimated half-million legal machines. Many argue this has further opened the door for the mafia to expand an illegal gambling enterprise that has been in place for generations.

The mafia has even invested in legal machines and have used the gaming industry to launder billions of euros earned through activities such as drug and weapon trafficking, prostitution and racketeering.

Italian citizens are not going down without a fight though. Anti-slot machine groups are taking action and even Pope Francis has backed the opposition of slot machines.

A decade after legalization, Italy now finds itself in a Catch-22 with regard to slot machine reform. Because the machines generate so much tax revenue, the country has come to rely on the machines and many worry what the effects would be on an already struggling economy if that money suddenly disappeared. Another worry is that the re-criminalization of slot machines would jumpstart the black market and criminal activity.

Ten years ago, Italy took a gamble and pulled the lever on slot machines.

The nation is still waiting for that payout. 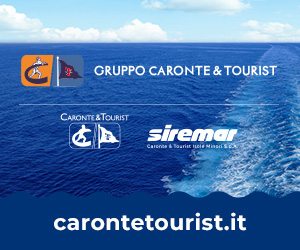